HISTORICAL LIBRARY OF THE SCHOOL OF MINING ENGINEERING OF MADRID

You are here: Home / Projects / HISTORICAL LIBRARY OF THE SCHOOL OF MINING ENGINEERING OF MADRID

Measures were implemented due to the worrying state of conservation of the holdings of the Historical Library of the School of Mining. Designed and executed under the supervision of the architect Velázquez Bosco himself, this library is considered to be one of the most beautiful and important in the city of Madrid. The works involved assessing the state of conservation of the holdings, and the performance of a set of emergency measures aimed at guaranteeing the conservation of the copies comprising the collection. The works undertaken included the cleaning of all book shelves in the upper floor, and the books stored therein, segregating those found to be affected by microbiological attack and protecting volumes found to be in a worse state of conservation. A preventative conservation plan was also drafted for the whole library and an emergency action plan was designed as well. 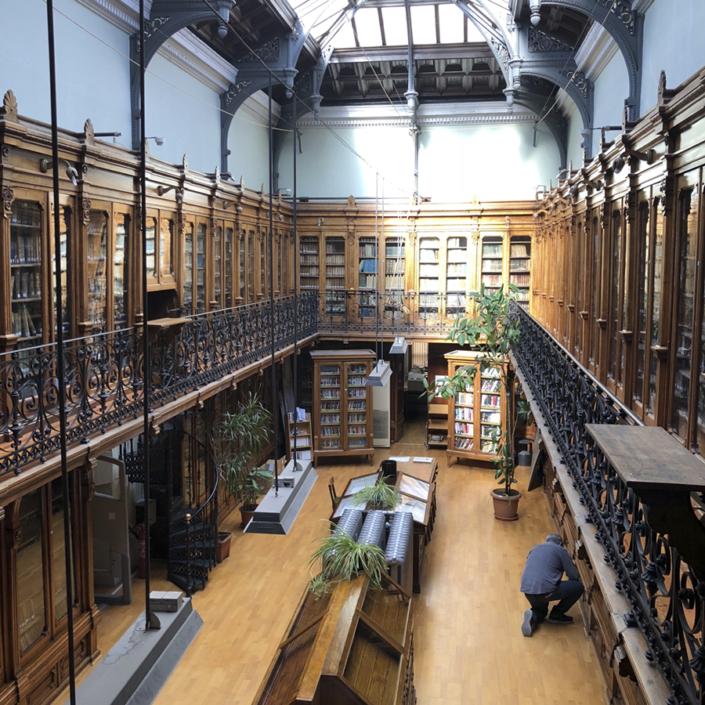 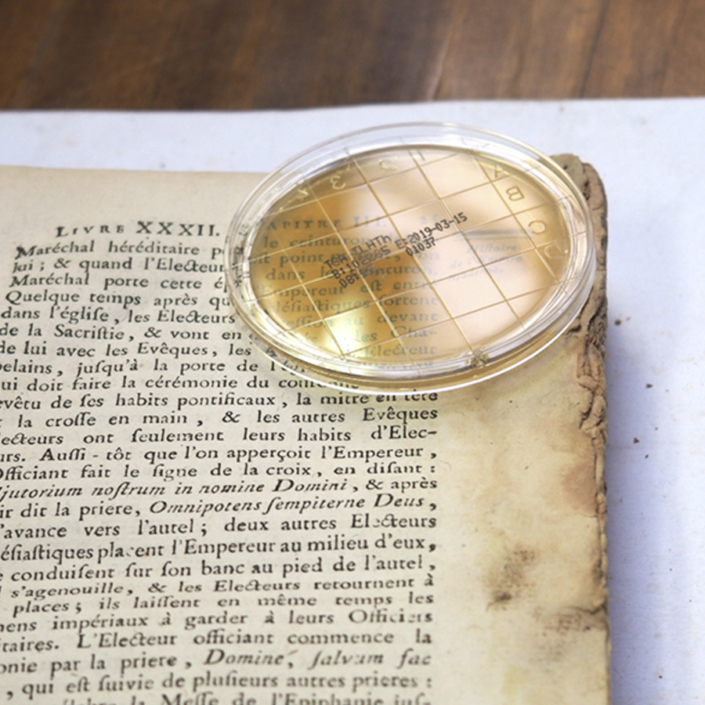 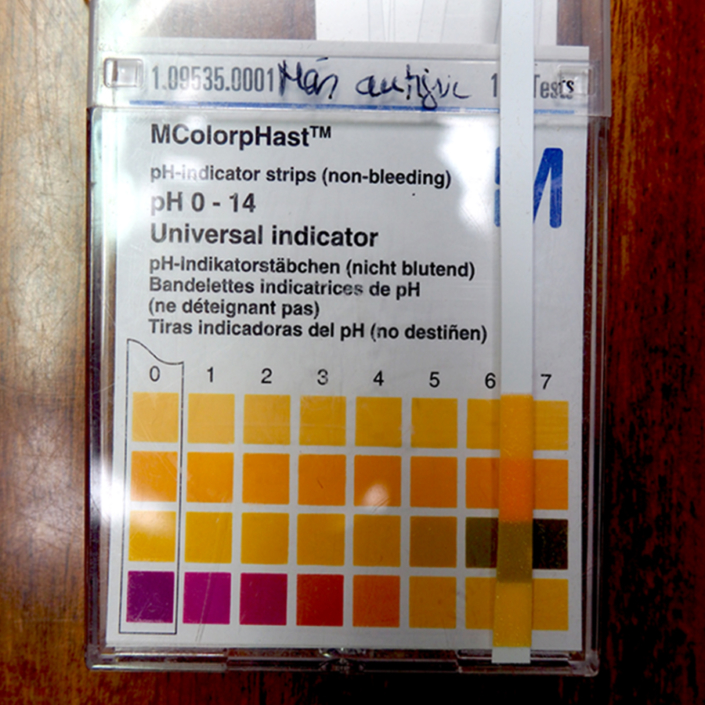 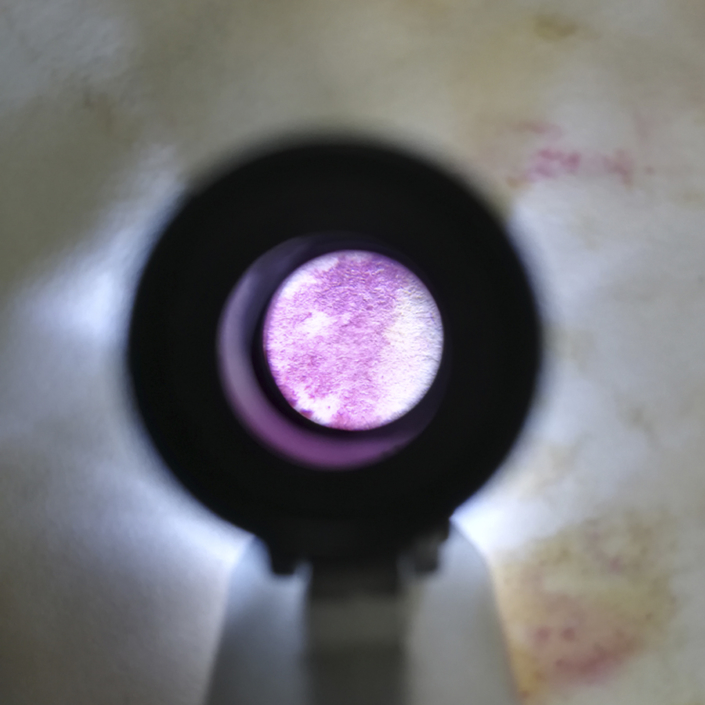 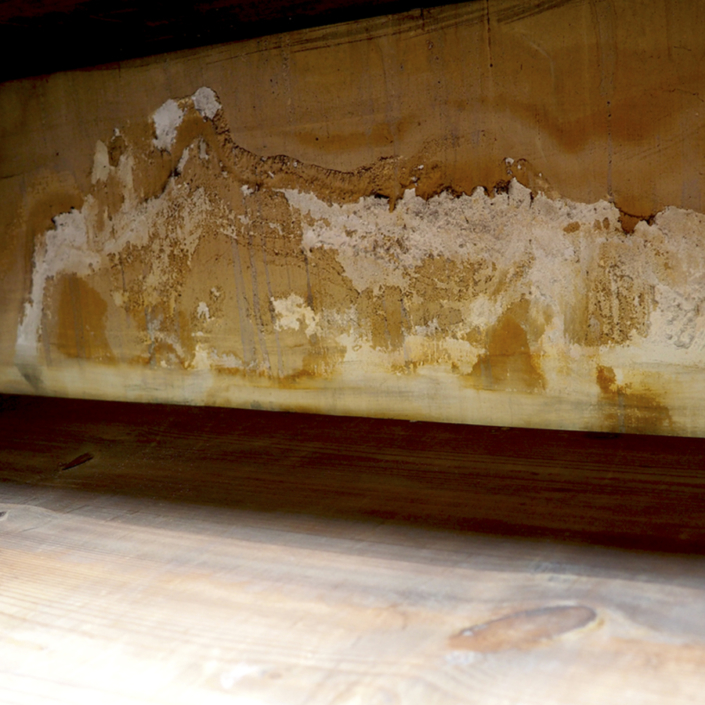 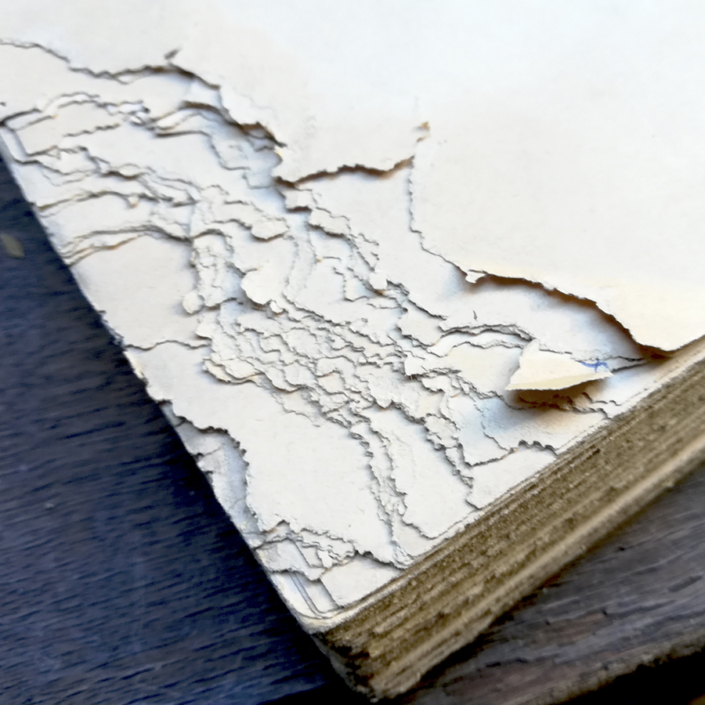 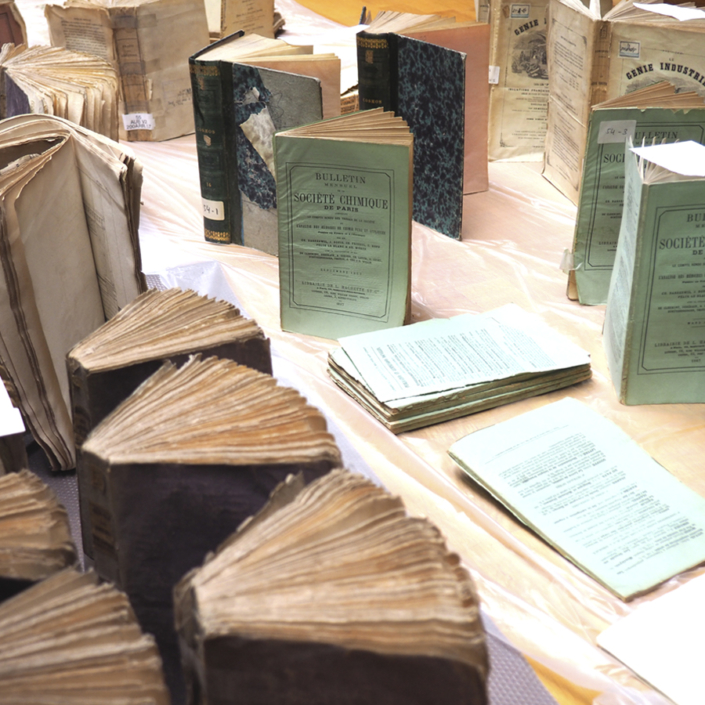 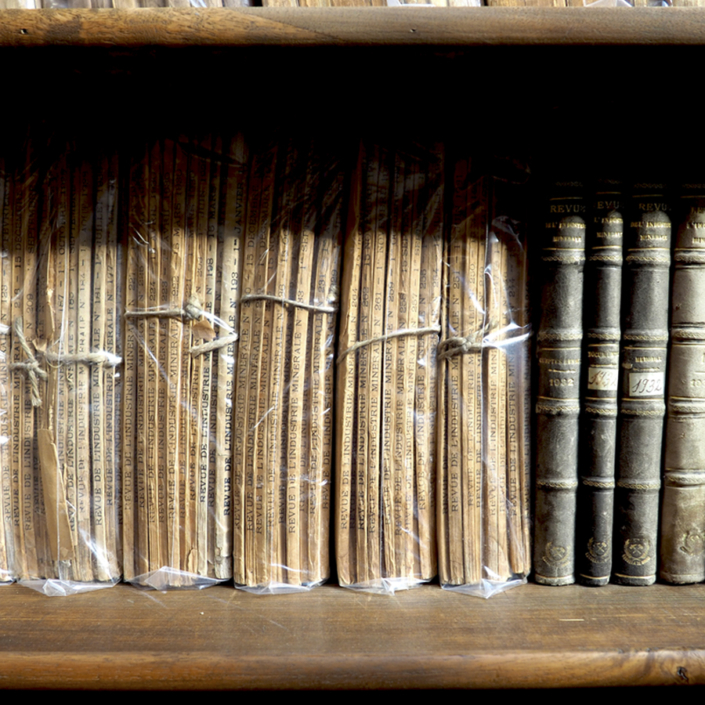 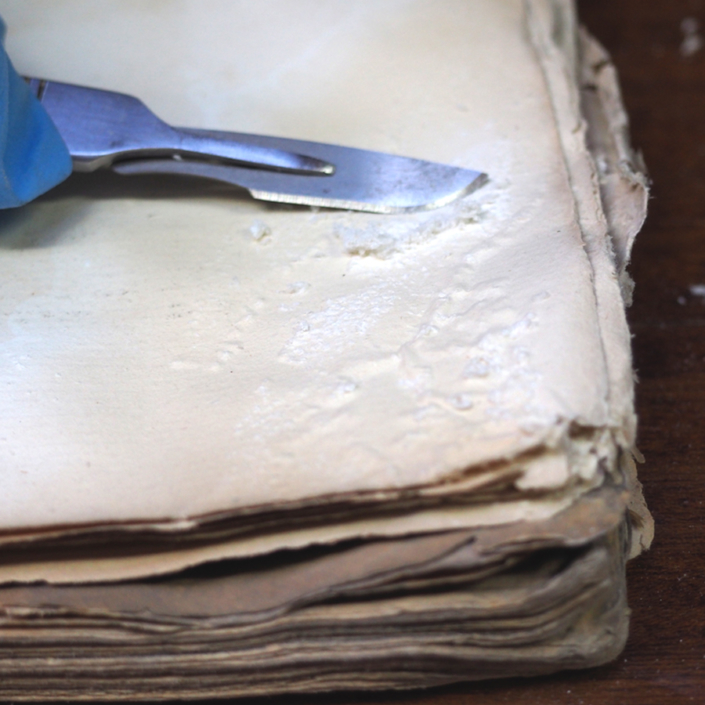 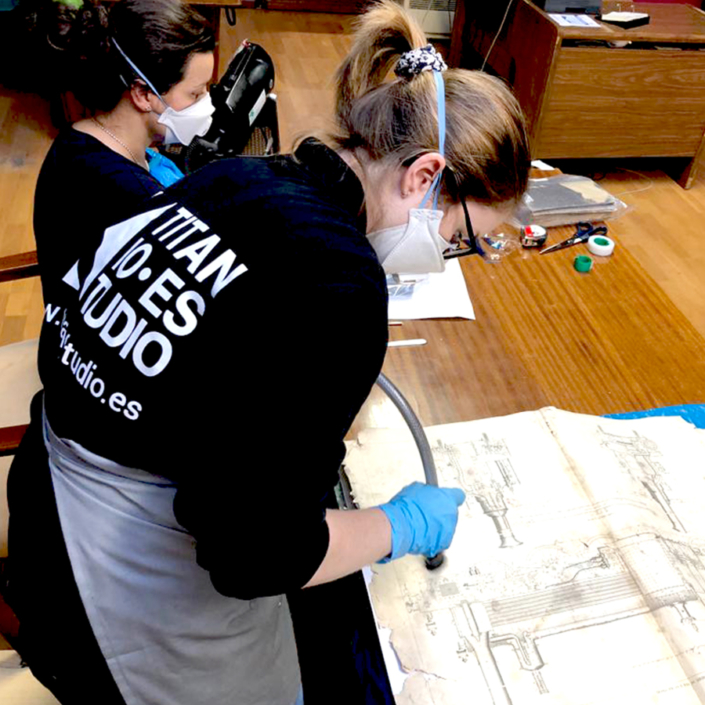 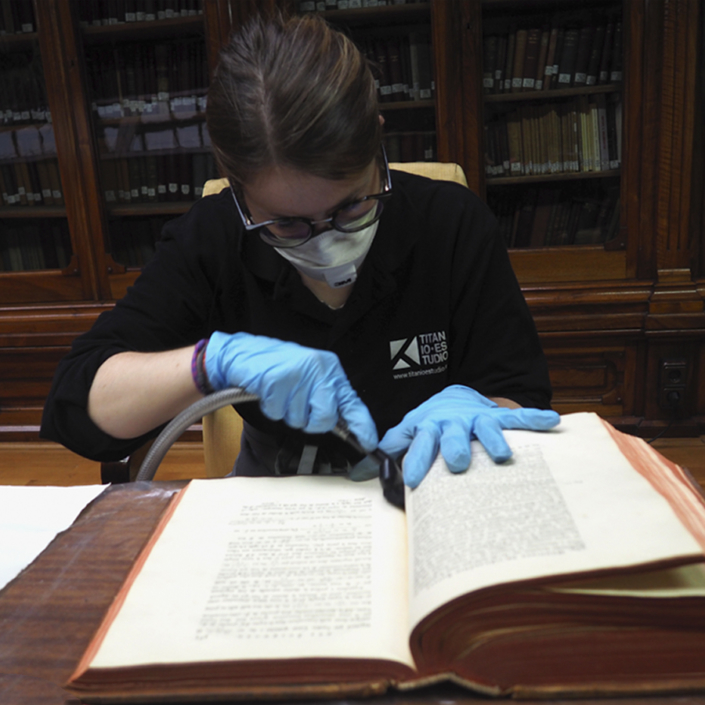 Consult here some of the restoration and conservation projects that Titanio Estudio has carried out.